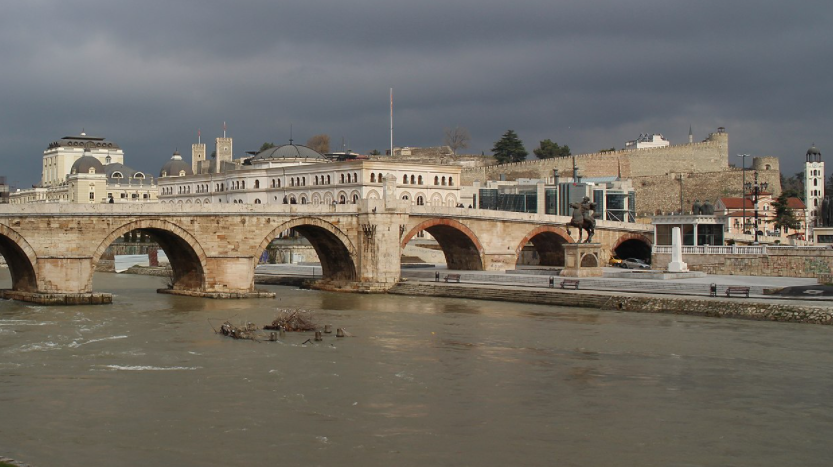 Throughout history, bridges have been essential to human interaction, trade and progress, allowing us to cross large bodies of water, mountainous terrain, or other hard to navigate areas. Today bridges are just as important as ever, and engineers have designed and constructed some that defy imagination.

Bridges may be notable for different reasons, including their height, length or even speed of construction. Read on for details of five of the world’s spectacular bridges. 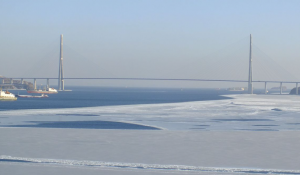 Connecting Russky Island with the mainland of the Nazimov Peninsula in Russia, Russky Bridge is the world’s largest cable-stayed bridge. The image of only one of the bridges pylons under construction should give an indication of just how large the cables were that they needed to support! A cable-stayed bridge is one that’s suspended by cables, which extend from one or more towers or pylons. The span between Russky Bridge’s two pylons is the longest single span in the world, at a staggering 1,104 metres. The immense structure was built in a record-breaking time of 43 months, and it was completed in July 2012.

The Russky Bridge also features the second highest pylons in the world, after the Millau Viaduct. 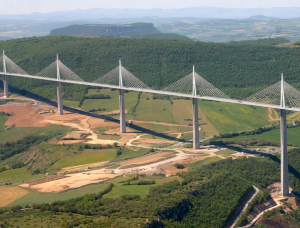 Also a cable-stayed bridge, the Millau Viaduct in Millau-Creissels, France, is the tallest bridge in the world. With some pylons reaching as high as 343 metres, this staggering structure spans the River Tarn valley.

The Millau Viaduct cost about €400 million to build, and was completed in December 2004. In 2006, it won the annual International Association for Bridge and Structural Engineering, or IABSE, Outstanding Structure Award. 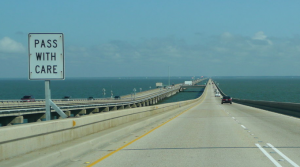 Consisting of two parallel bridges that cross Lake Pontchartrain in southern Louisiana, the Lake Pontchartrain Causeway holds the world record for the longest bridge over water. Supported by 9,500 concrete pilings, the bridge continues over land, covering a total driving distance of 61 kilometres, or 38 miles.

The part of the bridge that crosses water stretches over a total distance of 38.35 kilometres, or 23.83 miles. In 2011, there was contention over whether Lake Pontchartrain Causeway or Jiaozhou Bay Bridge in China qualified for the world record. Accordingly, the Guinness Book of World Records split the title category into two sub-categories – “longest bridge over water (continuous)”, which is held by the Causeway, and “longest bridge over water (aggregate)”, which is held by Jiaozhou Bay Bridge. 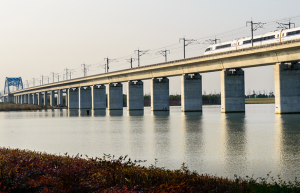 Hands down the longest bridge in the world, the Danyang-Kunshan Grand Bridge stretches across 164.8 kilometres, or 102.4 miles. It’s located on the rail-line between Nanjing and Shanghai in East China, and runs roughly parallel to the Yangtze River.

It took four years to build – employing 10,000 people – and was completed in 2010, at a cost of $8.5 billion. Coincidentally, the bridge crosses the Langfang-Qingxian viaduct, which is the world’s second longest bridge. 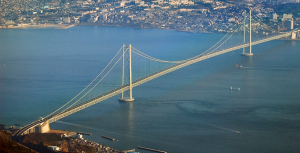 Also known as the Pearl Bridge, Akashi Kaikyō Bridge holds the record for the world’s longest central span in any suspension bridge. A suspension bridge, unlike a cable-stayed bridge, has its deck – or load-bearing portion – hung below suspension cables on vertical suspenders.

Before Akashi Kaikyō Bridge was built, the strait that it crosses, the Akashi Strait, was known for its severe storms. In 1955, two ferries were sunk and 168 people were killed. The tragedy prompted the Japanese government to initiate planning for a bridge. Construction began in May 1988, and the bridge was completed almost a full 10 years later, in April 1998.