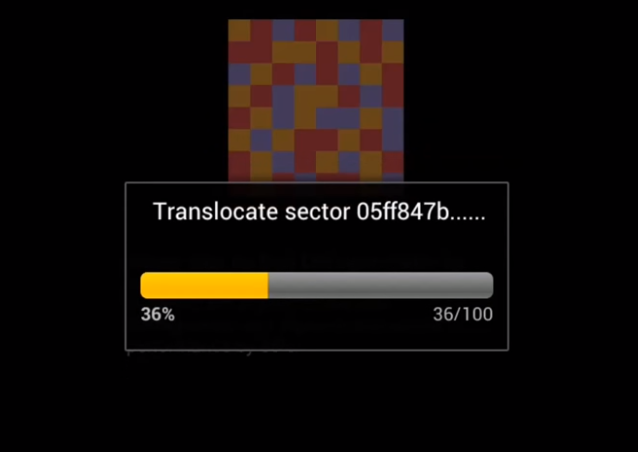 Fragmentation occurs on storage devices for computers because users keep saving and deleting files repeatedly. It is basically caused by various sections of memory being allocated to store files of different sizes, resulting in the formation of small unusable portions called fragments.

Fragments may be created whenever a stored file is smaller than the section it is stored in. Usually fragmentation is something associated with computer hard drives, but it can be an issue for anything with a memory, like your phone. Your smartphone’s memory and any other portable storage devices such as memory cards can quickly fill up due to an increase in the number of fragments created. A decrease in memory may result that will slow processing speed and create an inability to store more important files.

How to Defragment an Android

The remedy to this problem is to defragment your mass storage device. Defragmentation reverses the effects of fragmentation by restructuring how files are stored on the disk. That way, each fragment is fully utilized and more storage space is created. Most smartphones come with a substantial amount of internal memory, resulting in an increased need for extra mass storage.

Android is a Linux-Based system and fragmentation may not be a big issue on the phone itself. However, most mass storage devices use the NTFS or FAT32 file systems, which are highly prone to fragmentation. Using Disk Defragmenter for Android, you can strategically arrange files in your Micro-SD or SD Card to fully utilize its storage capabilities to the fullest.

Disk Defragmenter has a simple and easy to use interface. Once the app is installed and started up on the phone, it scans all your phone’s storage sections and displays the available media, including the phone’s internal memory. The internal memory does not need defragmentation due to its effective Linux-based file storage system, but an SD Card will need to be defragmented once in a while, depending on how often it is used.

When you decide to “Start Defragmentation’ to begin the process, two progress bars appear while the process is running. Below the list of available media are two progress bars, one for displaying the estimated usage of the selected media, and its final look after defragmentation. Below the bars is a color legend detailing various media sections or fragments and their statuses. When the app is running, you have an option of aborting the process if you have a reason to.

However, if you wish to open other apps or use your phone while the process continues, all you need to do is to close the Disk Defragmenter app. It will not literally close down, but it should continue running in the background, thereby giving you a chance to multitask on your phone.

The benefits of using Disk Defragmenter can never be over-emphasized as it is a must-have app for any smartphone user with some extra mass storage device. Defragmenting your storage media will free up extra space which you can use for storing more data. It will also boost the SD card’s performance while it accelerates the read/write time during operations. Your phone will also respond faster because all applications running from the storage will load in less time.

The phone’s boot time will also be significantly boosted and the general performance of the battery will improve. Disk Defragmenter is available for free download on Google Play Store. Don’t be surprised to find some push notification ads popping on the screen when you use the app, which is really the only downside. It’s through such ads that the designers are able to further the development of more useful features and other apps. Despite the ads, the user interface remains clean and works well with a variety of mass storage devices, making it something I recommend.